An interactive line chart created with ggplot2 and ggiraph. The data was scraped directly from CATSA using Microsoft Excel, and restructured and analysed with R:

An interactive stacked bar chart created with ggplot2 and ggiraph. The data was pulled from an Angus Reid survey and analysed with R:

An interactive donut chart created with D3, HTML, CSS and JavaScript. The data was pulled from Statistics Canada (source 1, source 2) and transformed and analysed with R:

An interactive chart comparing the effectiveness of vaccines against COVID-19. I was inspired to create this after reading this article on how certain COVID-19 data can be more accurately compared using the incidence rate ⁠— a figure which shows how often an event, such as disease or death, occurs in a population.

The numbers for this cluster chart were pulled from CDC and cleaned up with Excel. The data centers on information recorded on January 2, 2022 ⁠— when infections across 30 US jurisdictions were at their peak. D3, HTML, CSS and JavaScript were used to create the visualisation, and the animated points were drawn with the Canvas API to minimize loading speeds.

An interactive map looking at the shelter-cost-to-income ratio across Canada. The numbers were pulled from Statistics Canada, and transformed and analysed with Python library pandas. D3, HTML, CSS, JavaScript and Mapshaper were used to create the visualisation.

An interactive waffle chart looking at racial diversity in Canada’s federal parliament. The numbers were taken from a survey and transformed with R. R packages ggplot2, ggiraph and waffle were used to build the visualisation, which was further customized with D3, HTML, CSS and Javascript.

An interactive bar chart comparing physician salaries across specialties in the US and Canada. The data was compiled from a Medscape survey and CIHI report released in 2022, and transformed with R. R packages ggplot2 and ggiraph were used to create the visualisation.

An interactive sankey depicting how a $54 federal million budget was spent on the development of ArriveCAN, a travel app used as a screening tool for travellers entering Canada during the COVID-19 pandemic. The data was taken from the Canada Border Services Agency website and reformatted in Excel. The diagram was coded in HTML, CSS and JavaScript with D3.js. 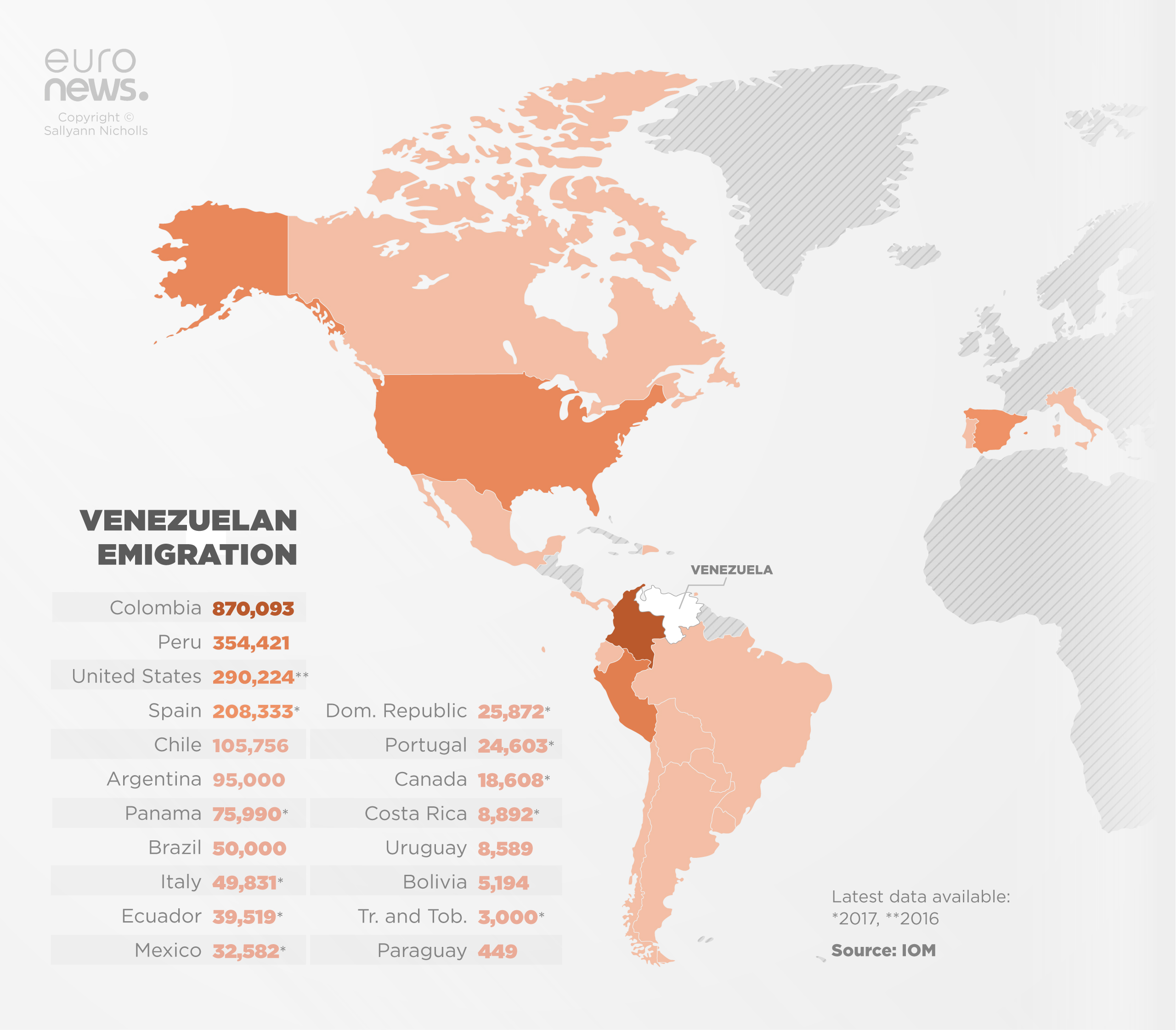 A map depicting Venezuelan emigration since the exodus began in 2014. Created for a Euronews feature article. 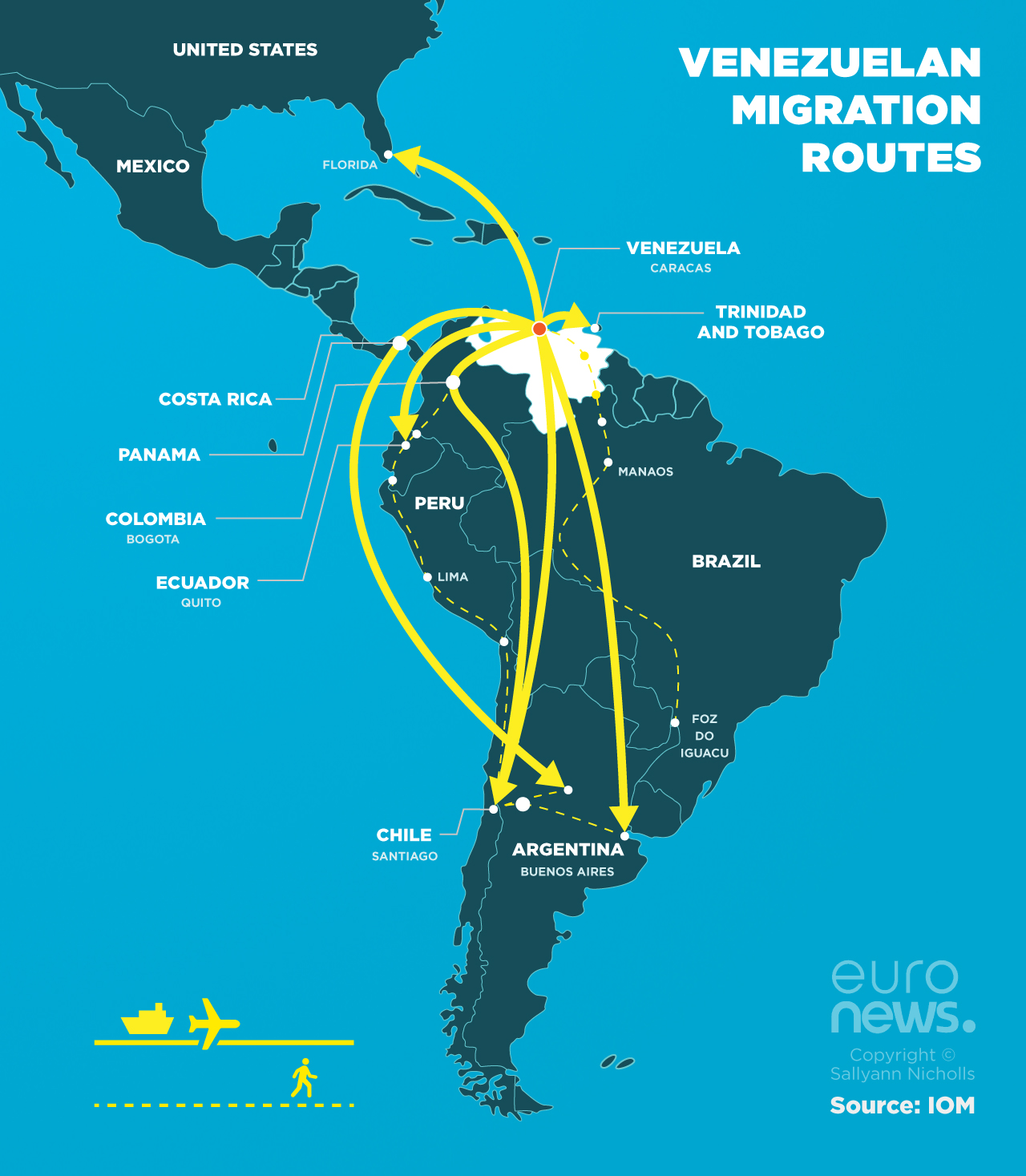 Routes of the Venezuelan migratory flow in North and South America. Created for a Euronews feature article.

An interactive tool which details abortion rules for almost every country in Europe until 2018. I create this interactive Q&A embed using HMTL, CSS, Javascript and jQuery. The research was conducted by Alice Cuddy, Stephanie Burnett and myself. 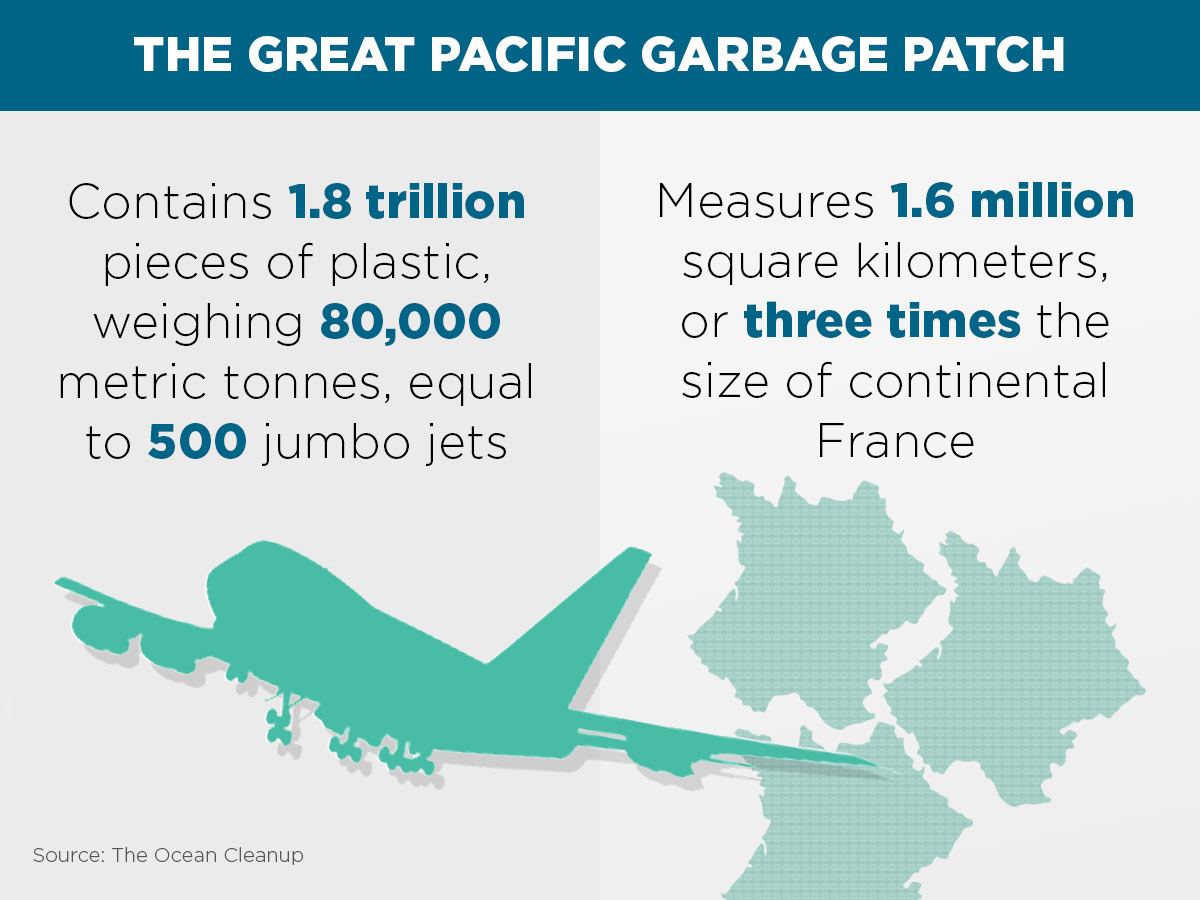 A factfile graphic created to complement a Euronews story about the biggest garbage patch in the Pacific at that time. 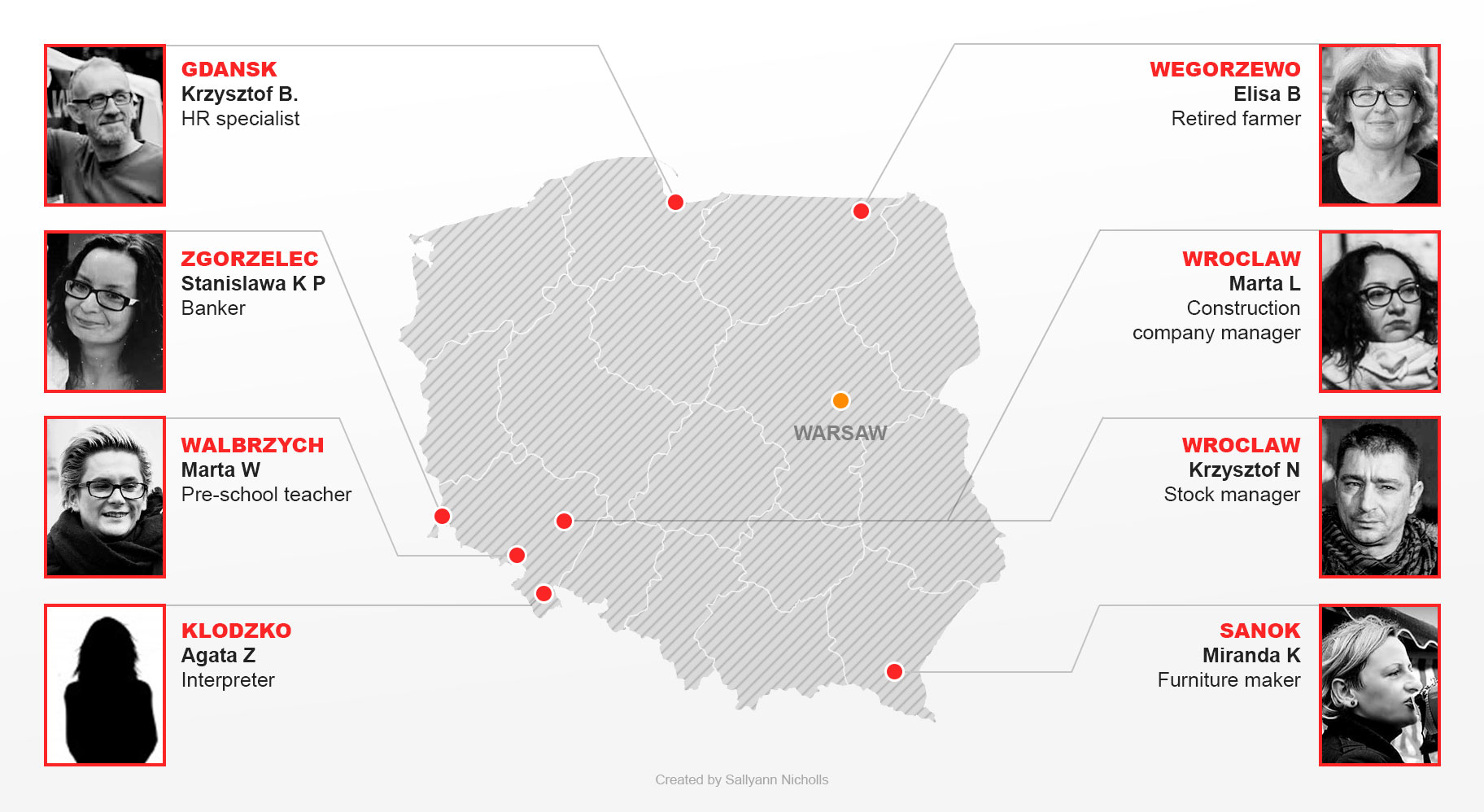 A graphic depicting abortion activists in Poland for a Euronews feature article.

A detailed breakdown of Syria’s civil war, from January 2011 until March 2018.

This multimedia-rich, interactive timeline pulls data from a Google Spreadsheet. I created the responsive tool using HTML, CSS, Javascript and jQuery. Daniel Pye conducted most of the research, with myself assisting in parts.

NOTE: This timeline is no longer visible on Euronews.com due to Google depreciating its Sheets v3 API. However, I have updated the code so it can still be viewed above.

SNP big guns Alex Salmond and Angus Robertson were ousted by Tories in a shock general election result which was in stark contrast to 2015’s results.

I created this responsive interactive map to show readers how the election results were distributed across the UK and updated it live during the event. It was made using CARTO’s map API, GIS and Leaflet, and SQL to filter its data, as well as HTML, CSS, Javascript and jQuery.

An in-depth look at crime across the city of Glasgow in Scotland from 2012-2017. This was a self-led project created for Glasgow Live (Reach PLC) and based on crime statistics from Police Scotland, which I requested under the Freedom of Information Act.

The graphic was made using CARTO’s map API, Leaflet and SQL to filter its data, as well as HTML, CSS, Javascript and jQuery.

Fifteen hours after opening, polling stations for the EU Referendum closed and Brits at home and abroad waited to discover if it was Remain or Brexit for the UK.

Voters had their say in 399 local authority areas and as the majority prepared for bed, the counting began.

I created this responsive interactive map to show readers how the referendum results were distributed and updated it live during the event. It was made using CARTO’s map API, GIS and Leaflet, and SQL to filter its data, as well as HTML, CSS, Javascript and jQuery.

Infographic about air weapons in the UK, based on data from police recorded crime and the Home Office (2011/12).